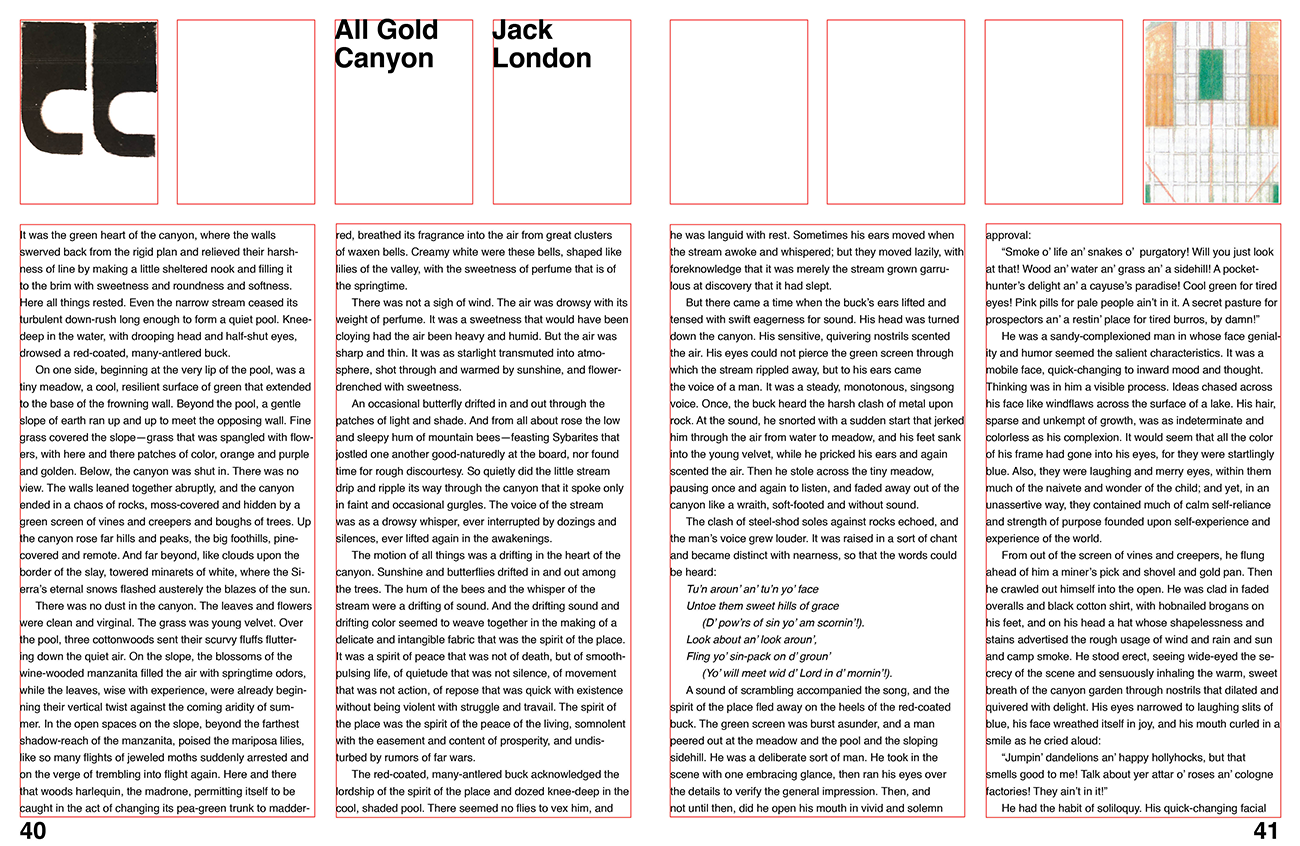 “All Gold Canyon” by Jack London is part of Zoetrope: All-Story’s Classic Reprint series, in which short stories that inspired films are reprinted to illustrate the narrative relationship between the art forms.