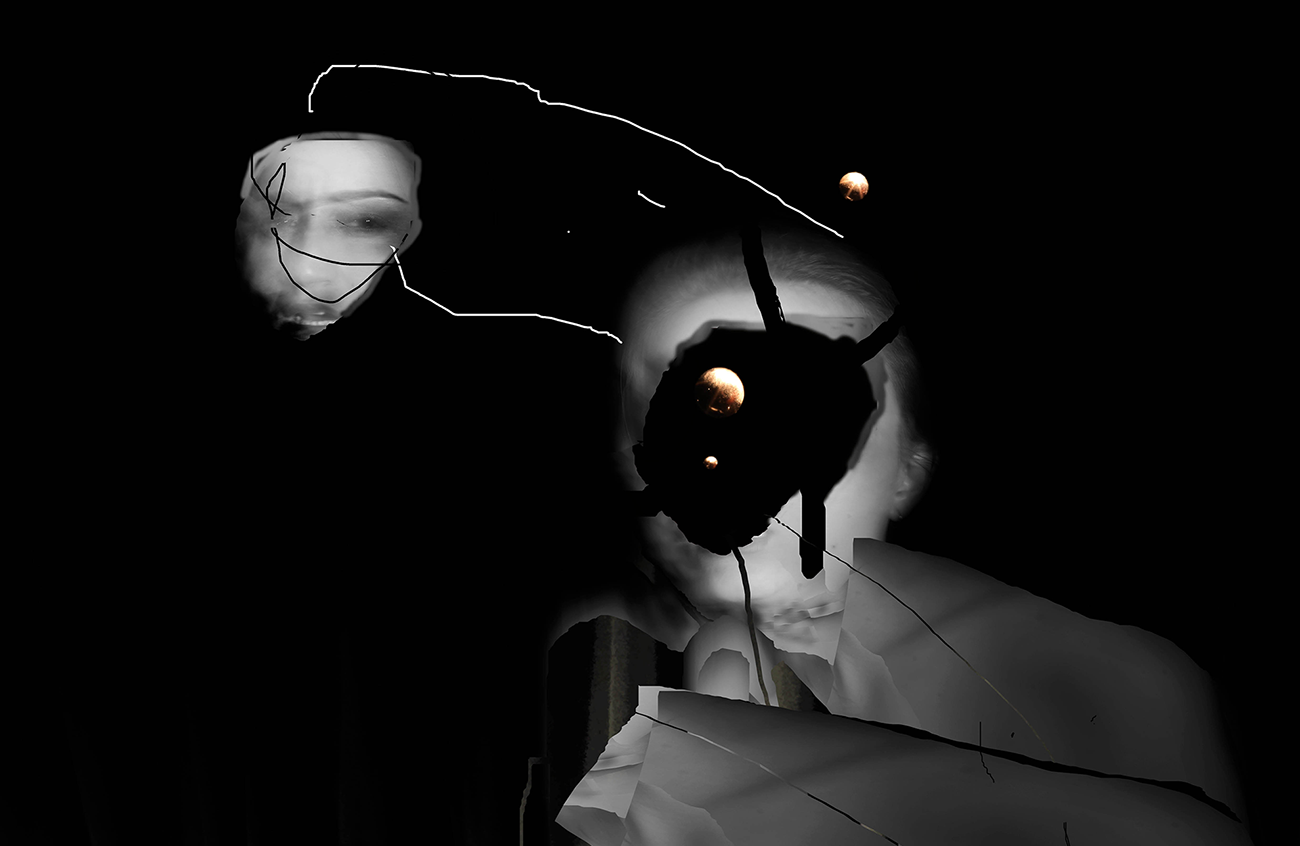 As a special online supplement to the Winter 2018/2019 issue, the editors present the prizewinning story from the 2018 Zoetrope: All-Story Short Fiction Competition, as judged by Colum McCann.

To get to work I had to cross the mouth of an alley, and as it neared me my armpits would pucker, because every day—out of the vibrating, leftmost limit of my leftmost eye—I would see a woman standing there, staring out of the alley, across the street, at a window in an opposing apartment building. The woman stared so energetically that crossing the line of her vision was like crossing the beam of a hose, and I would feel its pressure run along the length of my cheek, like a grandmother’s finger. The woman also stood, always, up to her ankles in a butter-colored puddle, and if a camera had grown out of my left ear, and if it had taken one photo of that woman each day as I passed, and if we had fanned those Polaroids out over a coffee table, in the multiple thousands now after six years, we would see the alley age around the woman, like a mob rioting around a stone horse, and strobe in and out of storms, and we’d see the snow fatten and thin on her shoulders, and the rain land in her eyes, and the flies come and go from her nostrils.
But last Tuesday I saw the woman weeping, with her forehead against the alley’s dumpster. She was still weeping Wednesday, and Thursday, and—I had a three-day weekend—Monday, so on Tuesday I waited in front of the alley until she noticed me. When she did she pulled from the dumpster and tugged at the bottom of her shirt, as if to straighten it. I asked her if she needed anything, and she said, “Do you see that apartment there?” and pointed over me, at the window she watched. “An old man lives there, and every day I watch his window until three in the morning, when I’m sure he’s asleep, and then I spider up his fire escape” (she pantomimed climbing a ladder) “and fit myself in through his kitchen window, and then tiptoe into his dining room, where I sit on one of his dining room chairs, or almost sit, I never actually sit, though I get close, like halves of halves of halves of halves, I get really close, I do, I get close, I get really close, it, it, it, it . . .” The woman trailed off, and her jaw muscles flared, and she shut her eyes. Then her jaw muscles subsided, and she opened her eyes, and she said, “If I told you I wasn’t sitting you’d think I was lying, and have to measure, that’s how close I get, without actually sitting, and then I almost-sit for a while longer, and then I pretend there’s a bowl of fruit on the table, and I peel a make-believe orange, and offer a slice of it to another chair, though I never touch the table, not even an arm hair, though I come close, and when whatever’s sitting in the chair doesn’t accept the orange I throw it at a wall and storm away, but very soundlessly, and again without touching anything, and I go to the refrigerator, and I pretend to open it, and to choose things from it, and to line those things up on the counter, without touching or sweating onto a single appliance, and then I pretend to knock each one of those items, one by one, onto the floor, like a hangman, and then I move to the living room, and I almost-sit on each of the old man’s couch cushions, and again it’s like halves of halves of halves, I get so close, I get so close, but I never touch the couch, I don’t, it’s like keeping a grape between your teeth without biting, and then it’s usually about four, so I go to the old man’s bedroom, and watch him sleep for an hour, standing there like an egret, without touching him, I just keep standing over him, without doing a thing, like a nerve in a glass box, as the top of the hour is approaching, and approaching, and it’s almost here, and here, and finally, just before the hour’s up, I’ll choose some object that I can reach, like a snow globe, and I’ll” (here the woman began to sob again) “rotate it,” she said, “about thirty degrees, and then leave.
“But last week,” she said, “I chose a ceramic piglet on the old man’s nightstand, with its nose aiming northwest, and I rotated it to the north-northwest, and I go to leave, and I’m at the kitchen, and I see a clock on the wall saying ‘five forty-five,’ so I look at my watch and see that the second hand isn’t ticking, the watch is dead, and now I’m hearing bedsprings in the old man’s room, so I sprint for the kitchen window, but I stop, and I hold my heart, because I see, coming in through the window, a black leg, like an antenna, and it feels over a radiator, like it’s reading braille, and then it finds the floor, like it’s tasting it, and then the rest of what the leg belongs to, the whole thing, flows into the apartment, and it was thin, like a series of eyelashes, and its fingers were too long, they were waving in the air conditioning, like a long mustache, and I see this thing tiptoe, on its long toes, into the old man’s room, and I see it step over a sock, and then, with those long fingers, I see it rotate the piglet back to the northwest.”