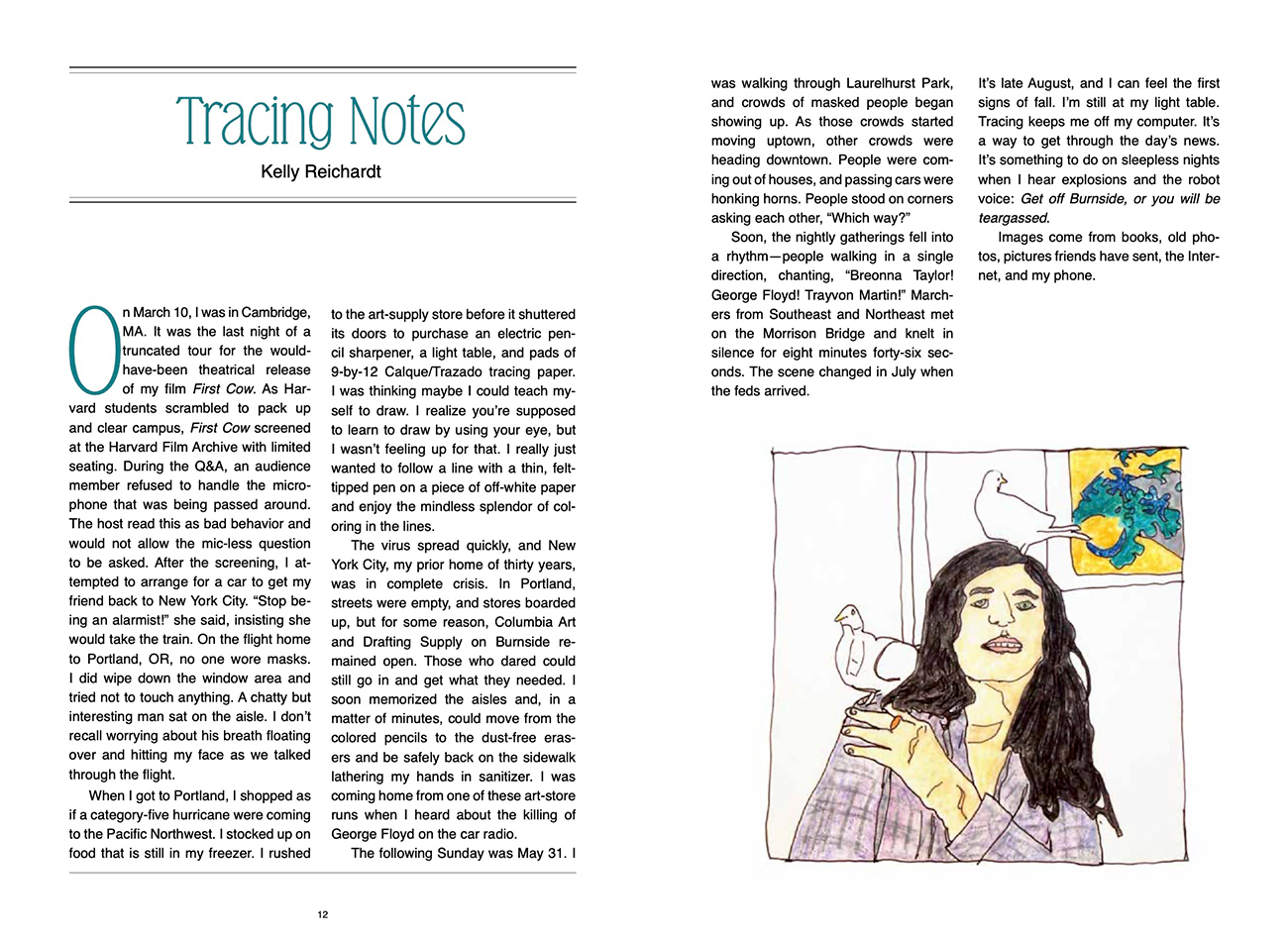 On March 10, I was in Cambridge, MA. It was the last night of a truncated tour for the would-have-been theatrical release of my film First Cow. As Harvard students scrambled to pack up and clear campus, First Cow screened at the Harvard Film Archive with limited seating. During the Q&A, an audience member refused to handle the microphone that was being passed around. The host read this as bad behavior and would not allow the mic-less question to be asked. After the screening, I attempted to arrange for a car . . . 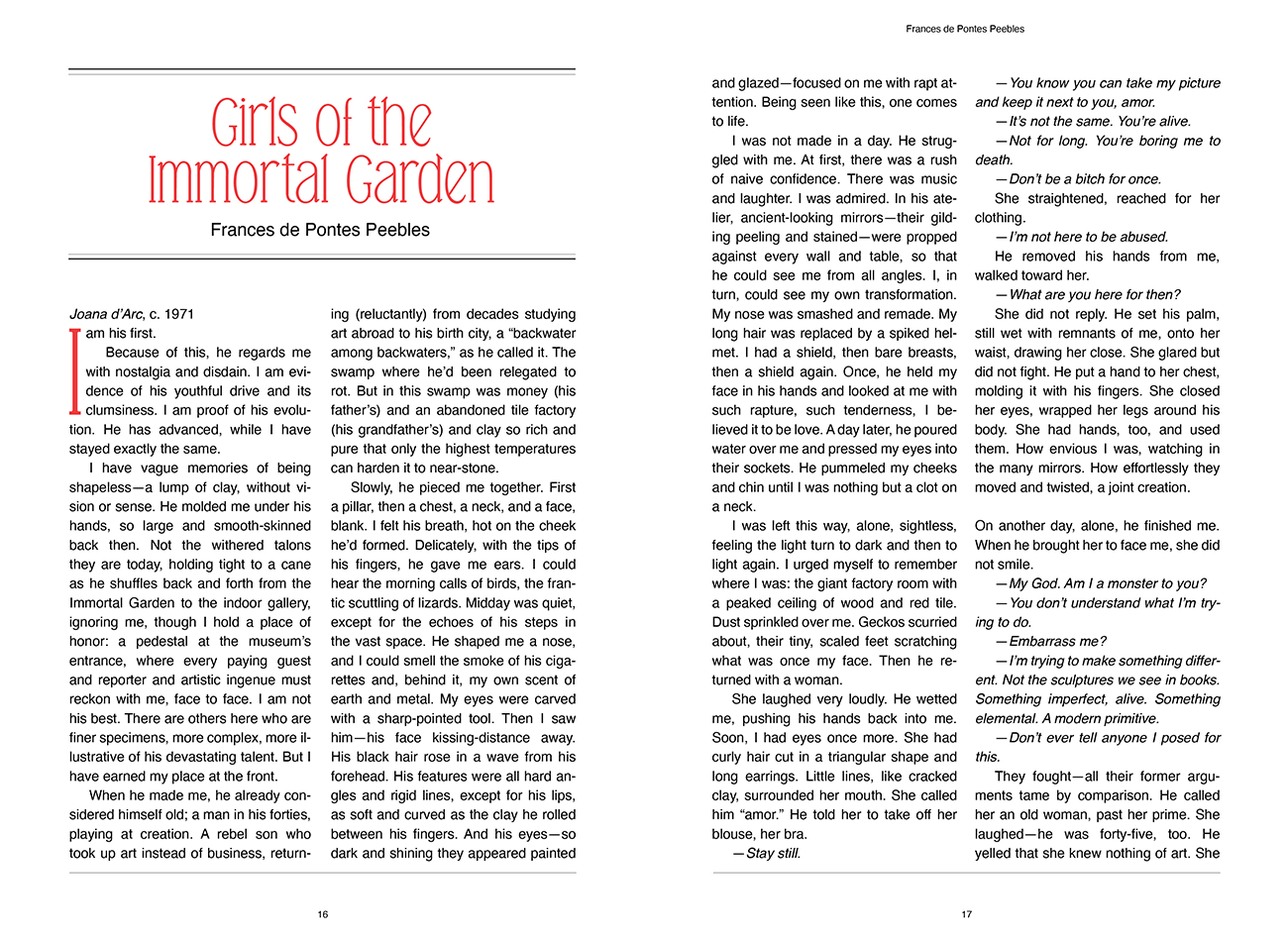 Girls of the Immortal Garden

I am his first.

Because of this, he regards me with nostalgia and disdain. I am evidence of his youthful drive and its clumsiness. I am proof of his evolution. He has advanced, while I have stayed exactly the same.

I have vague memories of being shapeless—a lump of clay, without vision or sense. He molded me under his hands, so large and smooth-skinned back then. Not the withered talons they are today, holding tight to a cane as he shuffles back . . . 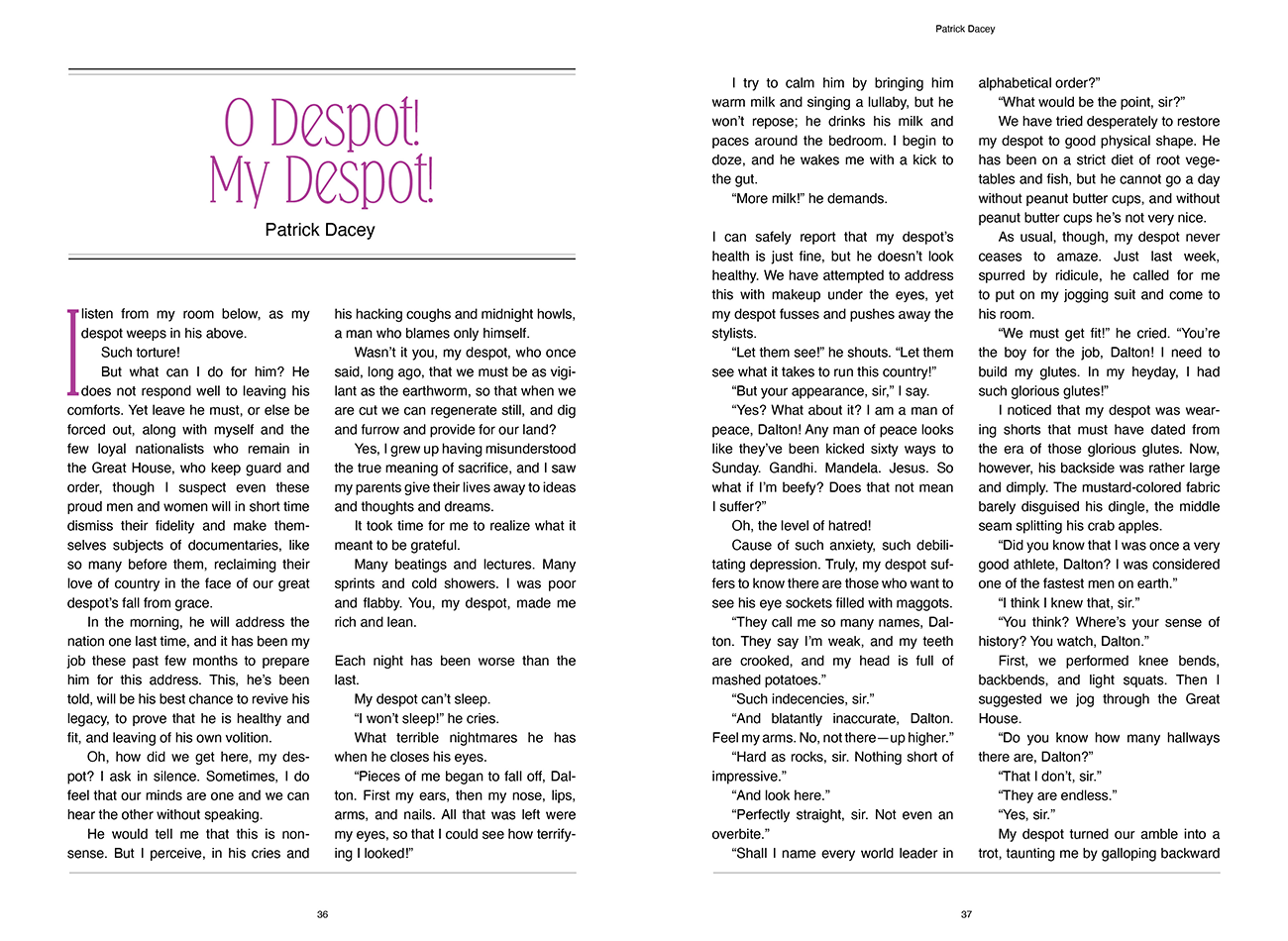 I listen from my room below, as my despot weeps in his above.

But what can I do for him? He does not respond well to leaving his comforts. Yet leave he must, or else be forced out, along with myself and the few loyal nationalists who remain in the Great House, who keep guard and order, though I suspect even these proud men and women will in short time dismiss their fidelity and make themselves subjects of documentaries, like so many before them, reclaiming their love of country in the face of our . . . 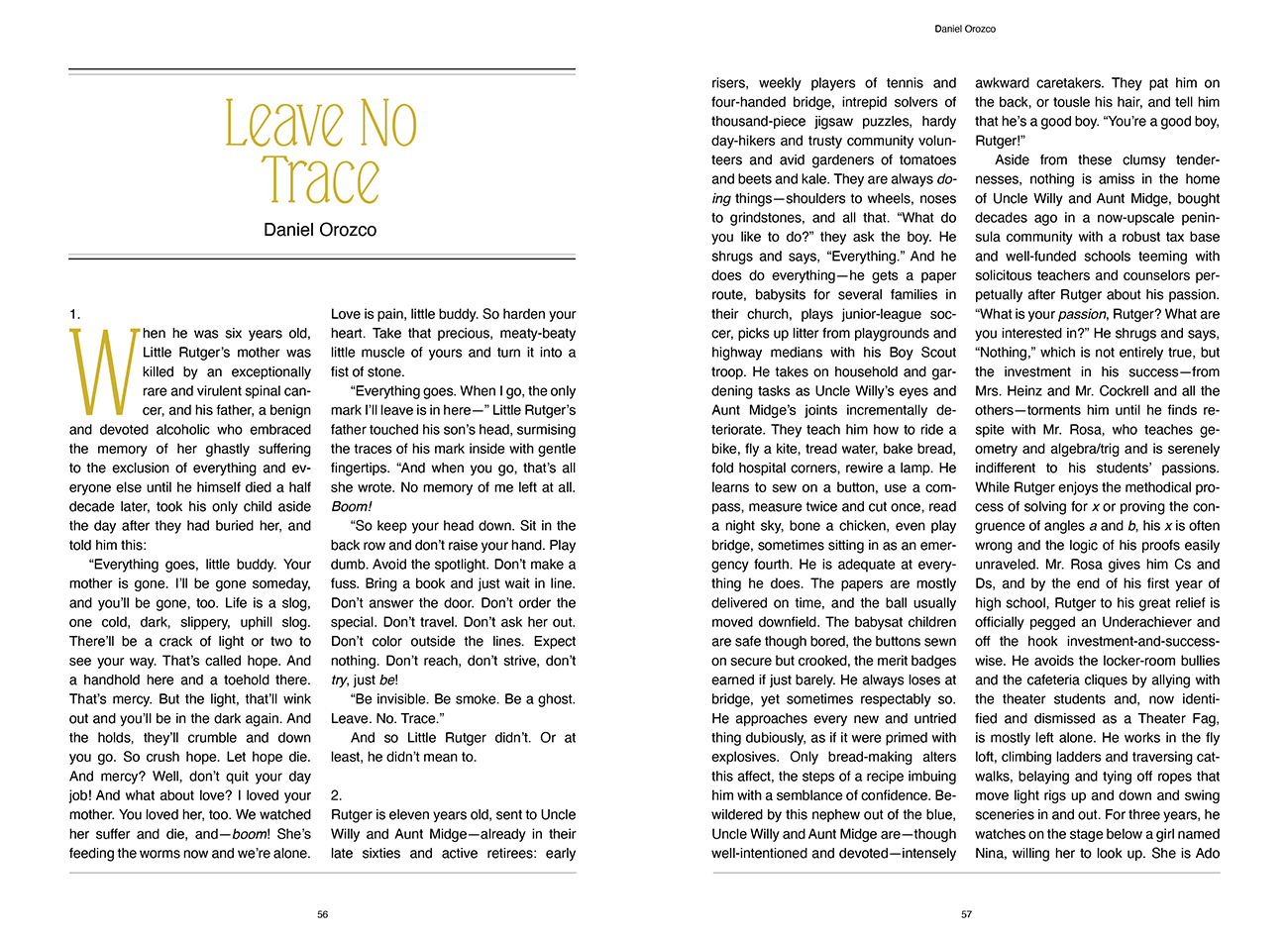 When he was six years old, Little Rutger’s mother was killed by an exceptionally rare and virulent spinal cancer, and his father, a benign and devoted alcoholic who embraced the memory of her ghastly suffering to the exclusion of everything and everyone else until he himself died a half decade later, took his only child aside the day after they had buried her, and told him this:

“Everything goes, little buddy. Your mother is gone. I’ll be gone someday, and you’ll be gone, too. Life is a slog . . .