For my design of Zoetrope: All-Story, I invited four emerging artists of African descent to show their work alongside mine: Andrea Chung, Alteronce Gumby, Betelhem Makonnen, and Lisa Diane Wedgeworth. I chose these artists because each approaches Black subjectivity in a completely different way and, in doing so, opens up a new pathway to engage with and talk about what Black art is. Though the magazine usually features just one artist at a time, I wanted to illuminate and further amplify that there is no monolith.    . . . 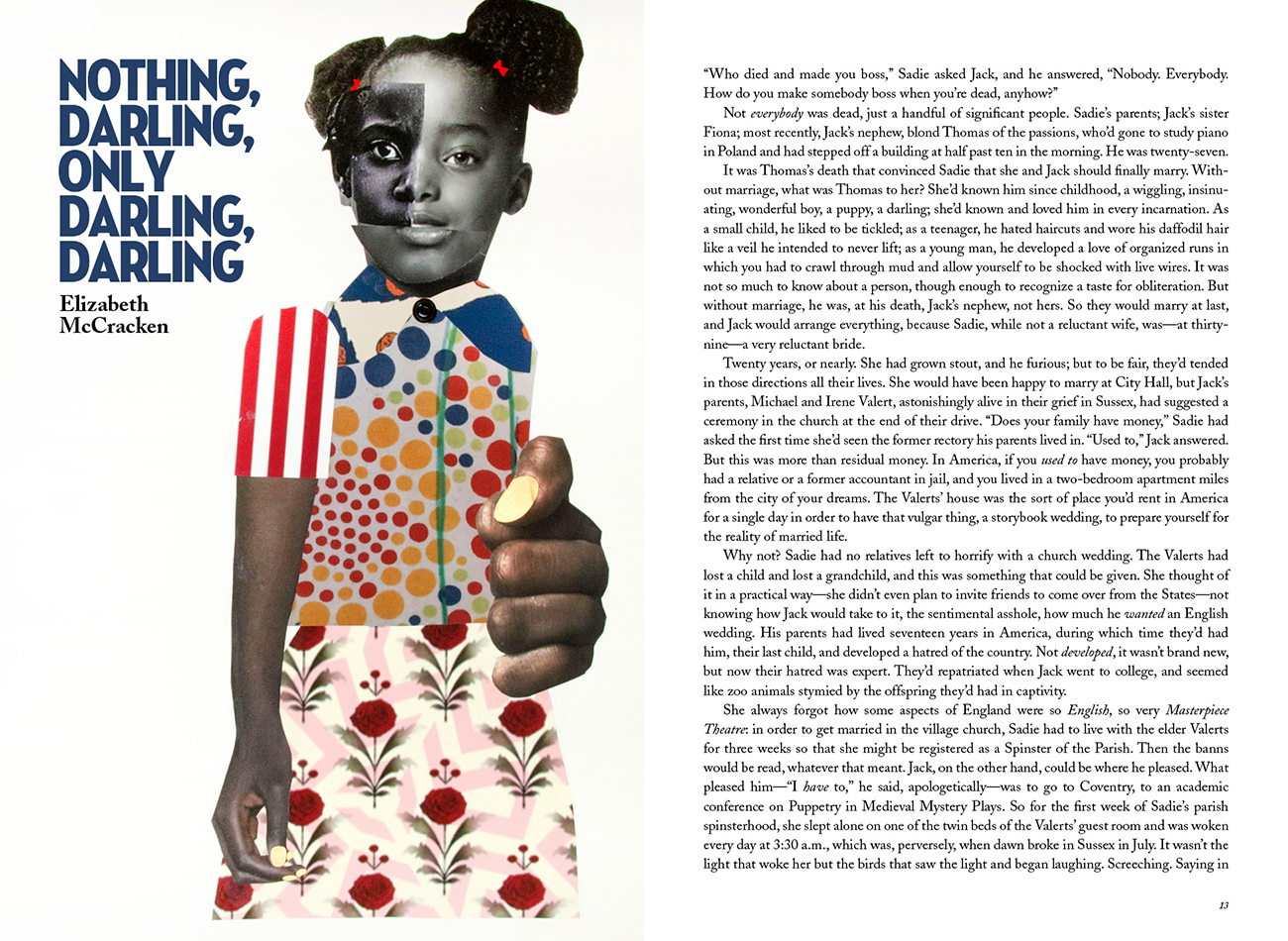 “Who died and made you boss,” Sadie asked Jack, and he answered, “Nobody. Everybody. How do you make somebody boss when you’re dead, anyhow?”

Not everybody was dead, just a handful of significant people. Sadie’s parents; Jack’s sister Fiona; most recently, Jack’s nephew, blond Thomas of the passions, who’d gone to study piano in Poland and had stepped off a building at half past ten in the morning. He was twenty-seven. 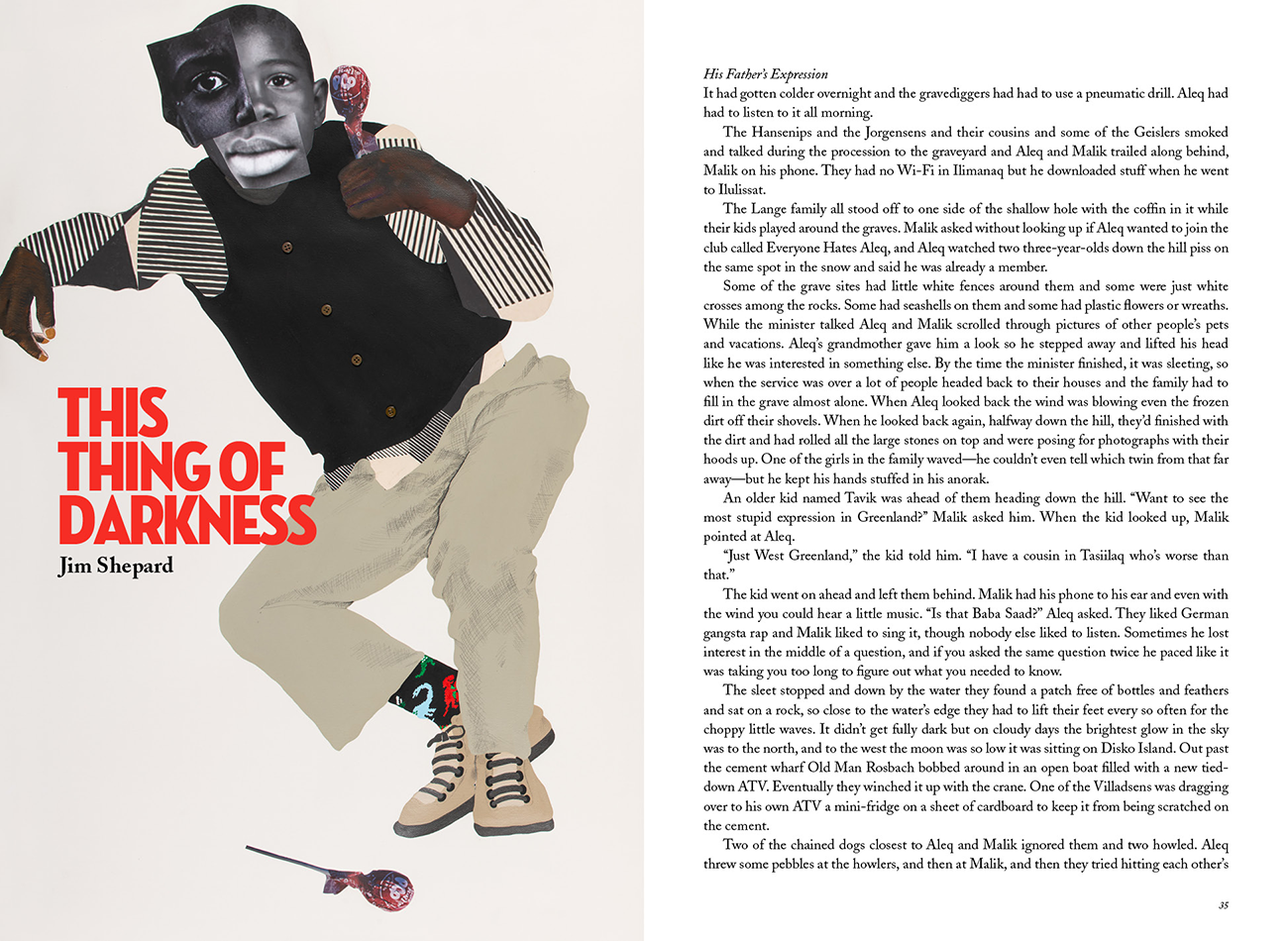 This Thing of Darkness

It had gotten colder overnight and the gravediggers had had to use a pneumatic drill. Aleq had had to listen to it all morning.

The Hansenips and the Jorgensens and their cousins and some of the Geislers smoked and talked during the procession to the graveyard and Aleq and Malik trailed along behind, Malik on his phone. They had no Wi-Fi in Ilimanaq but he downloaded stuff when he went to Ilulissat.

The Lange family all stood off to one side of the . . . 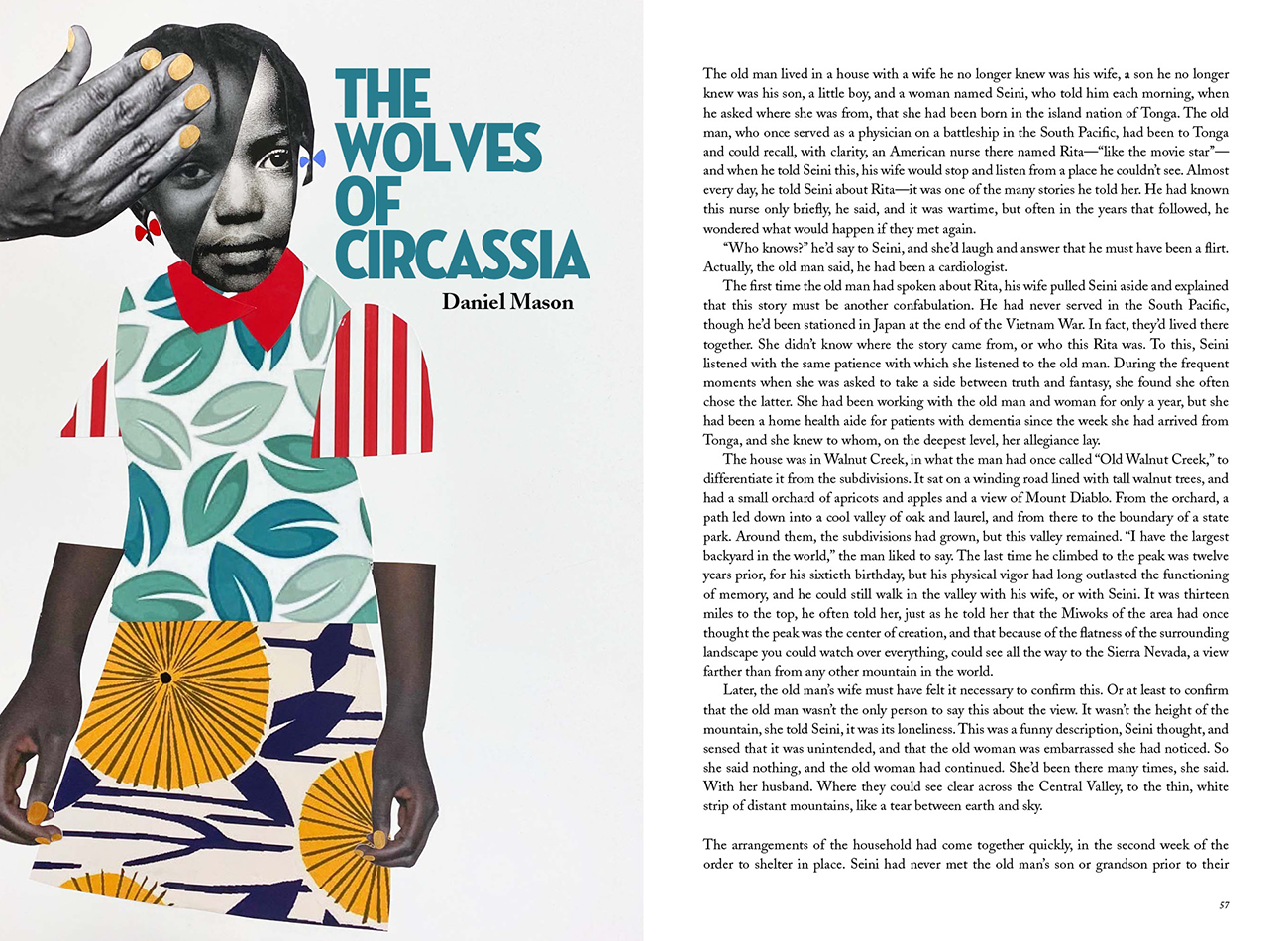 The Wolves of Circassia

The old man lived in a house with a wife he no longer knew was his wife, a son he no longer knew was his son, a little boy, and a woman named Seini, who told him each morning, when he asked where she was from, that she had been born in the island nation of Tonga. The old man, who once served as a physician on a battleship in the South Pacific, had been to Tonga and could recall, with clarity, an American nurse there named Rita—“like the movie star”—and when he told Seini this, his wife would stop and listen from a place he couldn’t see. Almost . . . 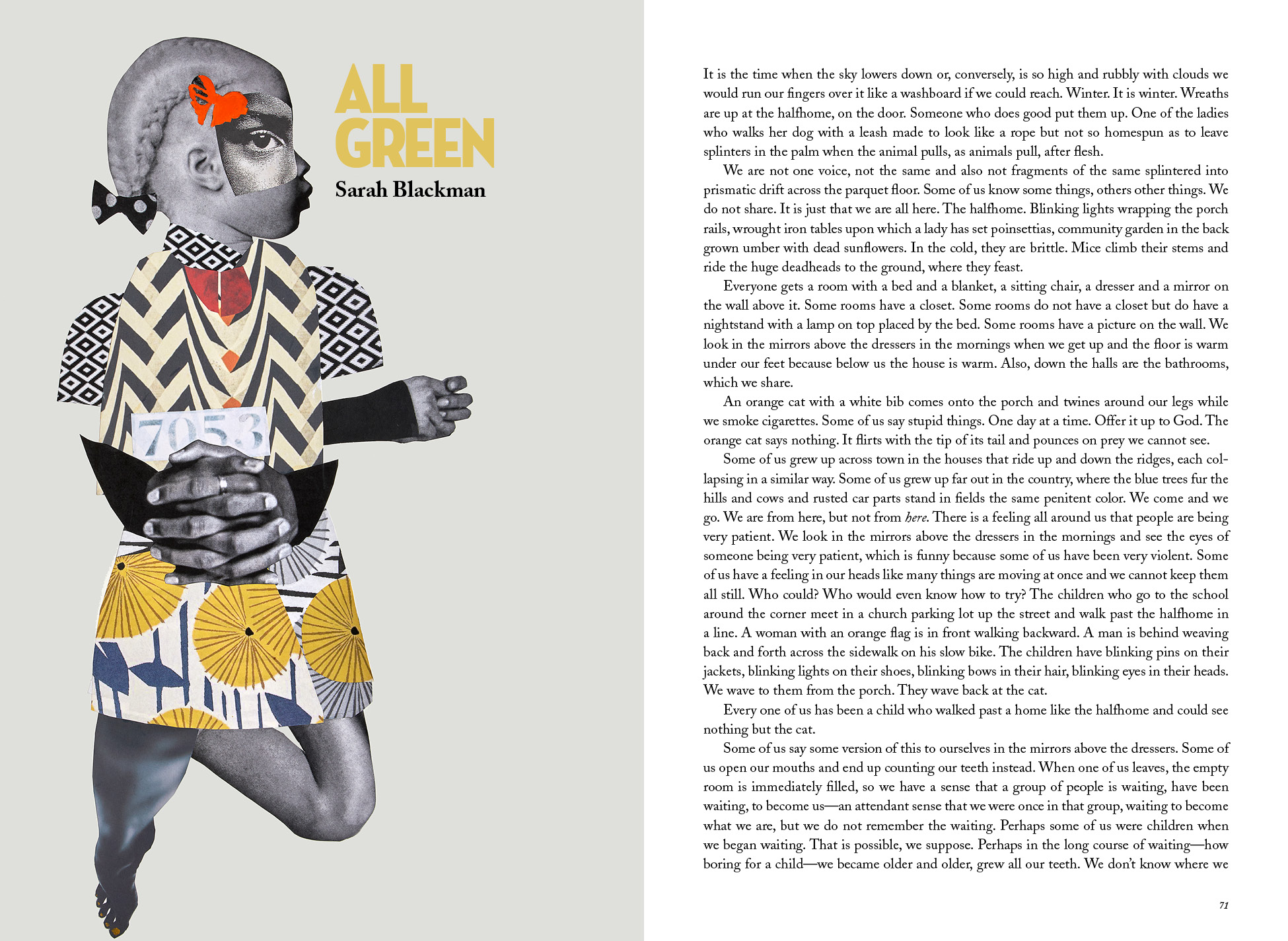 It is the time when the sky lowers down or, conversely, is so high and rubbly with clouds we would run our fingers over it like a washboard if we could reach. Winter. It is winter. Wreaths are up at the halfhome, on the door. Someone who does good put them up. One of the ladies who walks her dog with a leash made to look like a rope but not so homespun as to leave splinters in the palm when the animal pulls, as animals pull, after flesh.

We are not one voice, not the same and also not fragments of the same splintered into prismatic drift . . .